Ever since Paul was old enough he worked in the pub. He started out clearing tables and then he became a regular sight, pulling pints and lifting kegs. When he finished school he started working in the pub fulltime. At the age of 21, Paul left Ireland to chase his fortune in England. He managed a bar in Shepperton in Middlesex for 2 years. He then took a career turn and headed to Germany where he worked in construction. He then returned to the UK to work as a fork lift driver. In 1995, Paul’s father passed away and he became homesick and longed to return to Ireland. Luckily the company he was working for were setting up a manufacturing plant in Drogheda at the time and Paul was charged with looking after part of the business. He worked his way up from the floor to the office and eventually management. After years of hard work Paul was made Vice President of Operations, in his new role he  had to travel all over the world, visiting places as far as China, Russia, and South America. He often jokes that the only continent he hasn’t set foot on is Africa. Even with all his jet setting Paul still found time for love and in September 2001 he married the love of his life Sandra. Ever since he was young, Paul had a fascination with motor sport. His Father and uncle had always raced Go Karts, the pair were well known in the ‘Go Kart world’ with 15 Irish Titles between them. Paul followed their footsteps and ever since he was old enough he was racing go karts, cars, motorcycles whatever he could. He owned his first motor cycle when he was 20 and the love affair continued until 2011. In 2010, shortly after Paul had completed the Four Peaks Challenge, he started to notice a problem with his right arm. When working on his bike, his right arm became increasingly tired and he found he was always dropping nuts and bolts. In 2011 Paul was diagnosed with MND.  From once being able to lift two kegs at a time, Paul can no longer lift the kettle. Dressing himself is now impossible and he has recently started to have difficulties with his speech and swallow. Now he can no longer work and he has had to get rid of his motorbike. In the new adverts, Paul shares his story about MND and how it affects him. He is doing this in the hope that greater awareness of this condition will lead to better support for people like him and over 300 people that are living with MND in this country today.

At PRO Stainless, we have brought together the expertise, the team, the craftsmanship and the facilities, to deliver the most challenging of stainless steel projects. Since 2001, we have been developing innovative high-end solutions for cleanrooms & hygienic environments, architectural metalwork purposes and production & manufacturing sites across Ireland, the UK and Internationally.

Download our brochures for an overview of our products and solutions.

Keep up to date with all of PRO Stainless's latest news 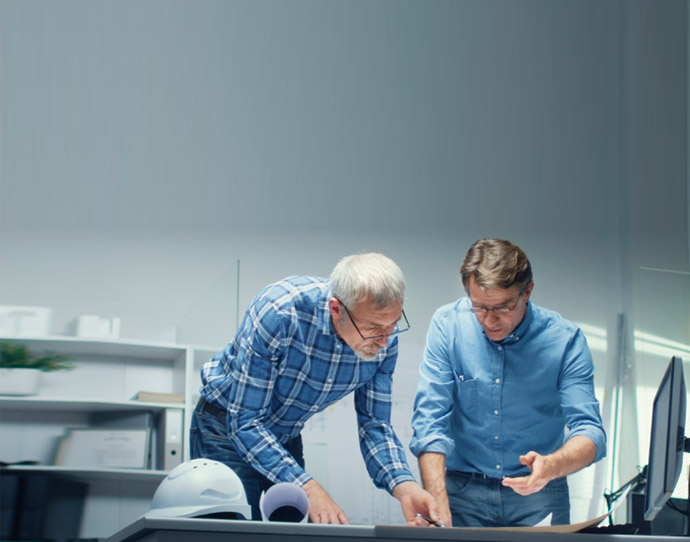